Francis Ibhawoh Foundation Gives out Awards » ExamKing.Net The Anthencity of Our Runs Retains Our Status As Best And No1 Exam Answers Suppliers In Nigeria And Africa @ Large 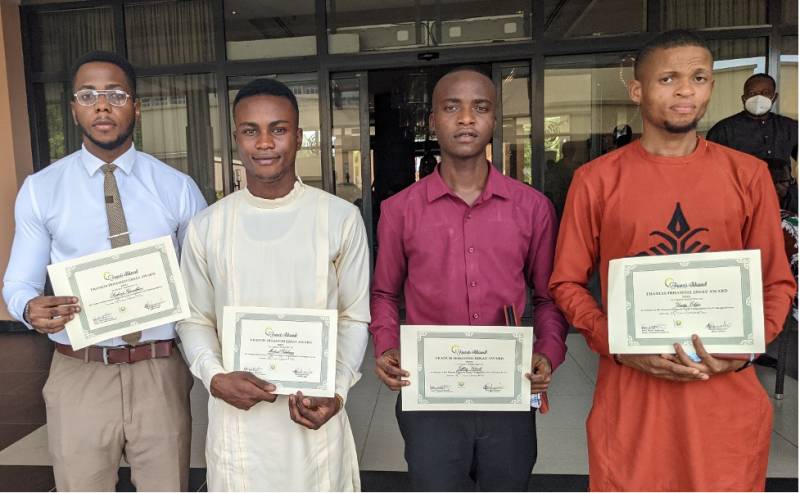 The event took place in Benin-City on Sunday, November 14, 2021, and was witnessed by dignitaries from various works of life.

Speaking at the ceremony, the Chair of the Board, Gerard Ibhawoh stated that the objective of the scholarship was to engage university students in discussions about community development and other pressing national issues.

He further stated that the prize money was meant to augment the cost of tertiary education thereby making higher education more accessible to the youths. He urged the awardees to make good use of the funds while remaining focused on their academic pursuits. Francis Ibhawoh Foundation Gives out Awards

Responding, one of the winners, Richard Ihensekhien, a 500 level Medicine and Surgery undergraduate of the University of Benin thanked the Board and members of the Francis Ibhawoh Foundation for the scholarship grant and stated that it would go a long way in alleviating the cost of tertiary education.

The highlight of the ceremony included the formal presentation of awards and cheques to the awardees.

Related Topics:
Up Next